What do Tyler the Creator, Mantronix, Stetsasonic, DJ Shadow, Eric B and Rakim, Brand Nubian, Jay-Z and N.W.A. have in common? How about UK Apachi and Shy FX, DJ Zinc, Bukem, Ganja Kru, Lemon D Ice, Dillinga, Photek, 4-Hero, Congo Natty, Krome and Time, Roni Size, Skream and Shut Up and Dance? Not to mention The Prodigy, Squarepusher, Leftfield, Oasis, Aphex Twin, Calvin Harris, Dua Lipa, David Bowie, Primal Scream, Lady Gaga and Dizzee Rascal?
Answer: They have all sampled The Winstons’ ‘Amen, Brother’, the most sampled drum break in the history of music (over 5000+ according to whosampled.com), it has shaped the history of electronic music ever since its creation in 1969.
This is the official release of the Winston’s ‘Color Him Father’ album, out of print for fifty years on vinyl, a glorious, break-heavy album of soul, funk and gospel featuring the tracks ‘Color Him Father’, ‘Amen, Brother’ and loads more.
The fully remastered album is housed in exact-reproduction original sleeve and design and comes with 4 extra bonus tracks that the group released only as singles. There is also a very special one-off, first pressing only of this album that comes with an exclusive one-sided dubplate special 12” of ‘Amen, Brother’ featuring a specially extended break mix of the classic tune.
The Winstons’ ‘Amen, Brother’ was originally the B-side to ‘Color Him Father’, a superb soul tune released by a multi-racial group from Washington, DC, in 1969. The drum break was played by George GC Coleman, and the song was based on a Curtis Mayfield guitar riff. The soul connection was no coincidence. The Winstons were formed from the backing groups to both Otis Redding and Curtis Mayfield and the Impressions before they came into their own spotlight. The Winstons signed to Mayfield’s Curtom Records in Chicago in 1968. Drummer extraordinaire GC Coleman had already played with The Marvelettes, Otis Redding and Curtis Mayfield (and in the 1970s would play with the funk group Brick).
‘Color Him Father’ became a million-selling Number 1 R&B hit single in the US and the following year The Winstons released their debut (and only) album, also entitled ‘Color Him Father’, on Metromedia Records, featuring both sides of the single alongside nine other excellent soul, funk, gospel and R&B cuts. Unfortunately, the group split up the following year, citing difficulties in touring the southern US due to their inter-racial line-up, and their sole album has long-since sunk into obscurity.
Fast forward nearly 20 years and the ‘Amen, Brother’ break was discovered by hip-hop producers after the song appeared on the seminal ‘Ultimate Breaks & Beats’ series of original breaks (alongside ground-breaking tracks such as James Brown’s ‘Funky Drummer’, The Incredible Bongo Band’s ‘Apache’ and Herman Kelly’s ‘Dance to the Drummers Beat’) in 1986. The track became the staple of hip-hop, with countless songs based on George GC Coleman’s epic six-second drum break.
Fast forward once more, this time to the UK at the start of the 1990s, and 100s of drum and bass producers began sampling and speeding up the ‘Amen, Brother’ break, adding reggae bass lines to create first jungle and then drum and bass, and by the 1990s the ‘Amen’ drum break dominated this new musical genre.
The Winstons’ ‘Color Him Father’ is a superb rare slice of soul, funk and gospel music that has changed the course of music over the last fifty years.

Color Him Father
I’ve Gotta Be Me
The Chokin’ Kind
The Greatest Love
A Handful Of Friends
Everyday People
Love Of The Common People
Wheel Of Fortune
The Days Of Sand And Shovels
Birds Of A Feather
Only The Strong Survive
Traces
Amen, Brother
Say Goodbye To Daddy
Mama’s Song
Bonus 12”
Amen Brother (Extended Mix) 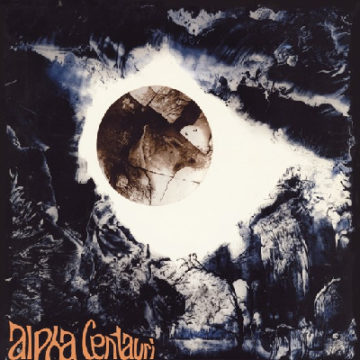